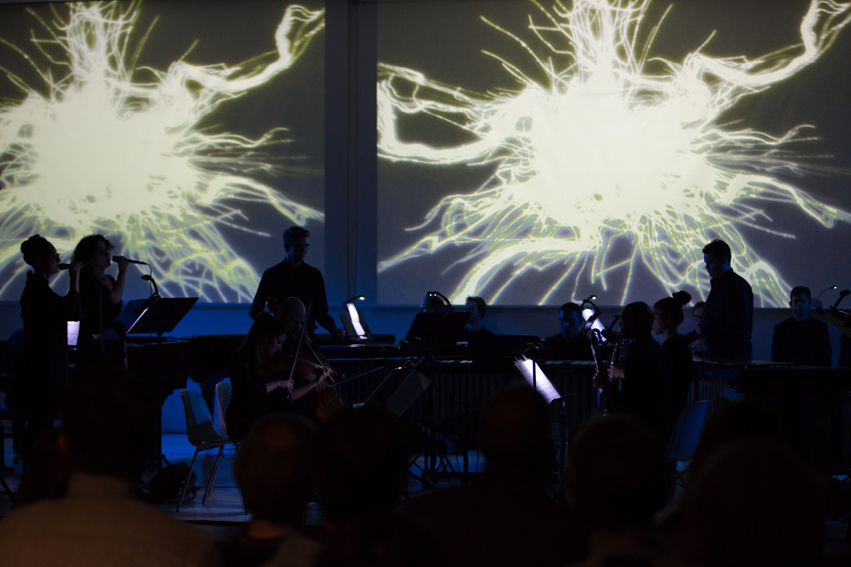 "There are only a handful of living composers who can legitimately claim to have changed the direction of music history-Steve Reich is one of them." - The Guardian

Honoring Steve Reich, one of the great musical icons of the 20th century, on the occasion of his milestone birthday with a performance of his seminal work MUSIC FOR 18 MUSICIANS. A one-hour journey into a fascinating, pulsating, minimalist cosmos of sound that captivates the listener. The realization of EIGHTEEN is a great event - and for the audience a delightful musical journey.

"IN THE INTOXICATION OF SOUNDS. Outstanding: Steve Reich at the Textile Museum.

Music for 18 musicians opened the door to a musical language that is as dazzling as it is pulsating, which is not only immediately catchy, but also unfolds a pull that is otherwise only found among colleagues in pop and rock. A correspondingly large audience did not want to miss the rare experience of a live performance of "18", so that not only the matinee on Sunday was very well attended, but for the repeat performance in the evening even rows of extra chairs had to be brought in.(...) And then it started: for over an hour a beguilingly dense, intoxicating carpet of softly clashing and at the same time warmly flowing sounds, motorically driven forward by incessant throbbing and chattering. The rhythmic certainty of the instrumentalists, many of them young, was outstanding, the harmony of the layers laid over each other like glazes. (...)Strong applause at the end for an extraordinary, very successful undertaking, in the aftermath of which one can only encourage the initiators to one thing: More (such) music!"