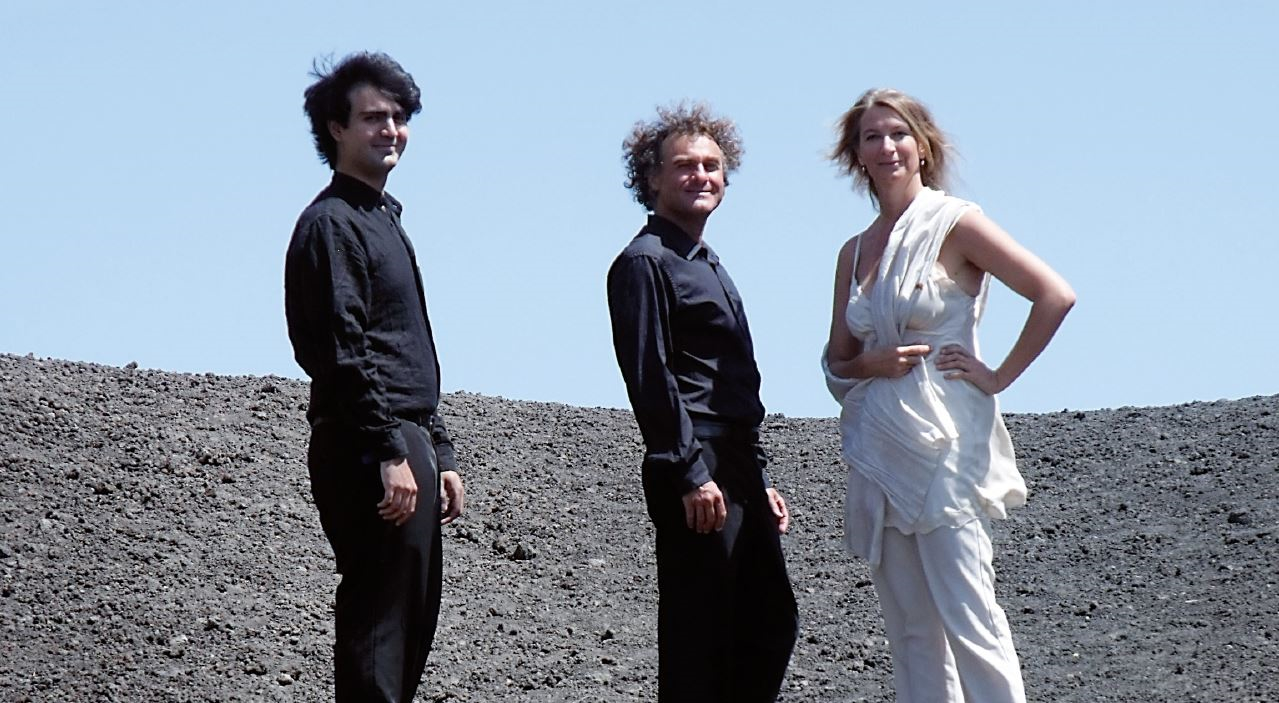 Italian Music of the Present

A concert programme born on the fertile slopes of the mighty volcano Etna. The Sicilian Antonio Politano, a sought-after guest at important festivals for new music worldwide, is one of the protagonists. He will be joined by Iris Lichtinger, an exceptional musician who moves freely between classical and popular music, old and new music, improvised and composed music, crossing many boundaries in the process. Alessandro Sica, a young, highly talented Sicilian cellist, and the ensemble "Cello Passionato", led by Julius Berger, will also be taking part. The evening presents contemporary Italian music including two world premieres - a new work by Francesco La Licata and "Lapides" by Nicola Evangelisti, as well as the German premiere of GiorgioNetti's "Qui". On the other hand, there are the post-modern compositions of the Palermo cello star Giovanni Sollima, a musical border crosser who also likes to seek unusual collaborations such as with the rock singer Patti Smith.

"Antonio Politano, a powerhouse with permanent breath and impeccably reliable skills, literally merged with his various large recorders and was absorbed in carrying out the composer's will. The same was true for Iris Lichtinger as soprano and narrator, who was able to express the moving power of the works ideally with her expressive, colourful and intense speech. Together with Iris Lichtinger, Alessandro Sica brilliantly interpreted another world premiere, Francesco La Licata's mythologically inspired "Amergin Song". The initial stammering, adding up to verses, the cultic rhythmic dance, the streams of sound from the tape created an expansive early-period mood. At the end, there were well-deserved bravi for all the performers."